Sri Dip Moni Nath , S/o Sri Haladhar Nath, Rtd. Teacher, an inhabitant of  Chamdhara, Dhalaibeel, P.O. Naharbari, Pin -784182, Dist.-Sonitpur, Assam began his career as a dairy farmer in the year 2012 with a pregnant Cross Jersey cow and started selling milk about 10 lit per day at the cost of Rs.22/lit. But it was unfortunate that the female calf died after 6 months of rearing. Despite that, he again took the challenge to expand his business and took a loan of Rs.400000/ from Assam Gramin Bikash Bank. The loan amount was invested for purchasing of three Holstein Friesians pregnant cows along with construction of permanent cow shed with all modern facilities. But this time he was very fortunate that all three cows gave birth to 3 female calves with 45 lit of milk daily milk. During early part of 2018, he expanded his productive cows to 10 nos. and after that average daily milk production was 140 lit /day. On July ’18, he again purchased a 1.5 ton carrying capacity four wheeler to carry and supply milk to Tezpur Town where he assisted few local unemployed youth to set up row milk and milk by product sell booth. Now Dip Moni Nath is happy with his dairy farm and earning good amount for his family. 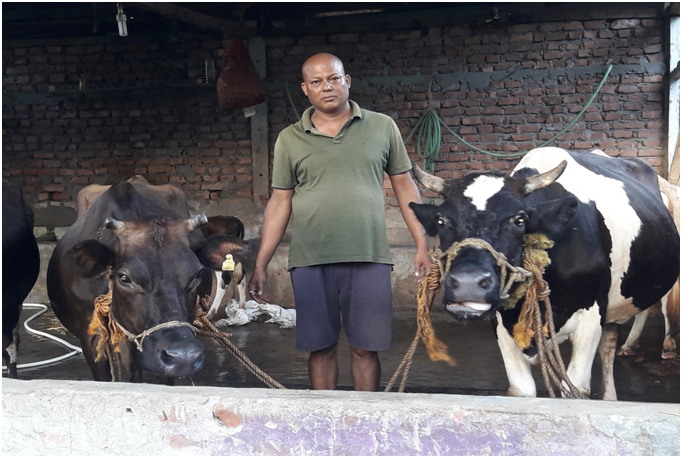 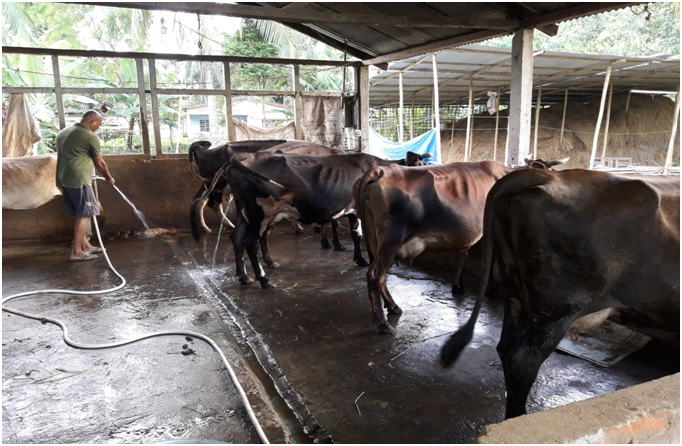